In April of 1976, the German-American Helios 2 probe made spaceflight’s closest-ever solar approach, cruising within 26.55 million miles (42.73 million kilometers) of the sun. But NASA’s Parker Solar Probe zoomed inside that distance today (Oct. 29), crossing the threshold at about 1:04 p.m. EDT (1704 GMT), agency officials said. 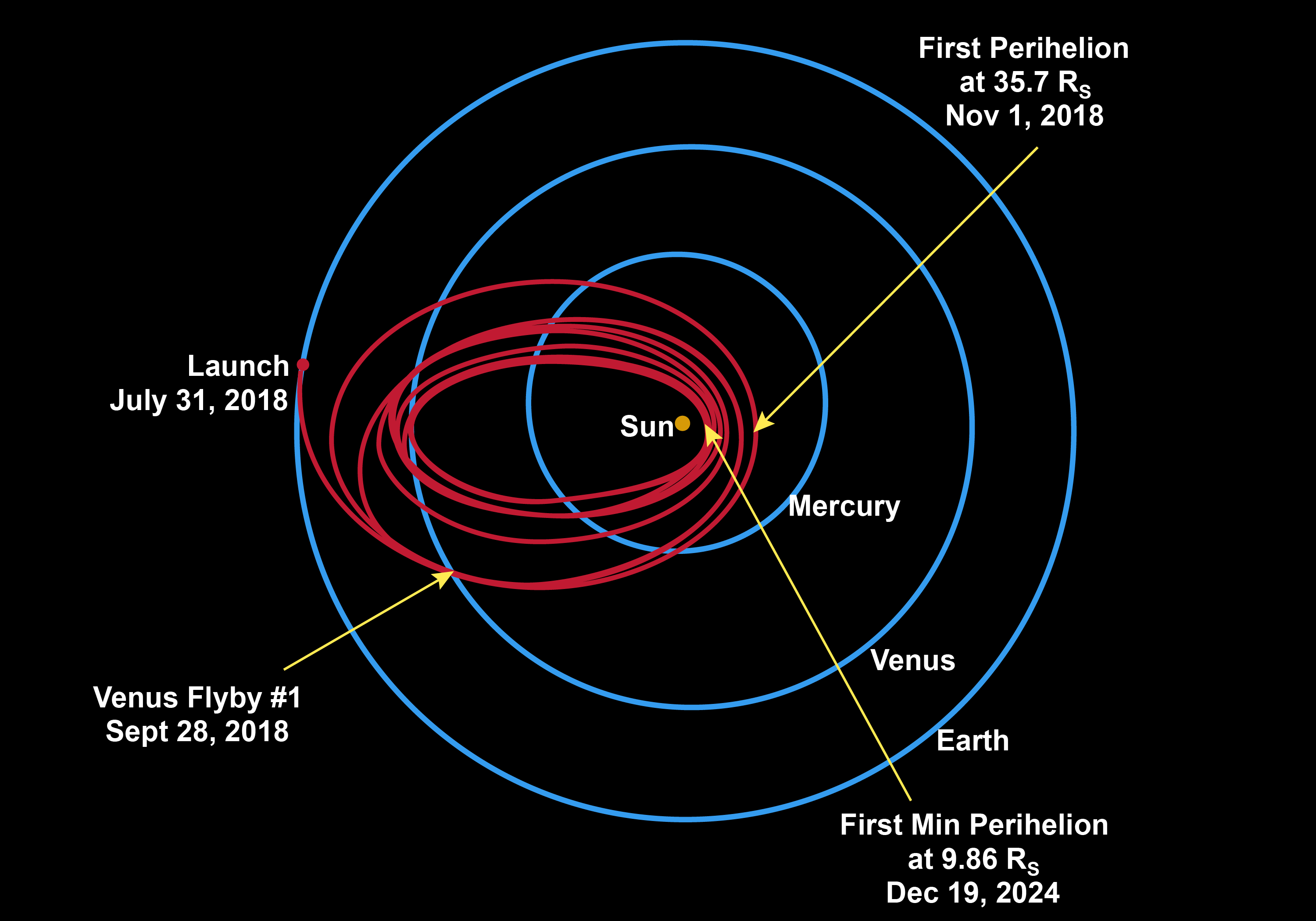 The first of these two dozen close encounters is just around the corner: It officially begins Wednesday (Oct. 31), with perihelion (closest solar approach) coming on the night of Nov. 5.

“It’s been just 78 days since Parker Solar Probe launched, and we’ve now come closer to our star than any other spacecraft in history,” mission project manager Andy Driesman, from the Johns Hopkins Applied Physics Laboratory in Laurel, Maryland, said in a statement. “It’s a proud moment for the team, though we remain focused on our first solar encounter, which begins on Oct. 31.”

The spacecraft sports a special carbon-composite shield to protect itself and its instruments from intense heat and radiation during its close flybys. Those instruments will make a variety of measurements during the encounters. The Parker Solar Probe’s observations will help researchers better understand the sun’s structure, composition and activity, NASA officials have said.

And the data could help solve two long-standing solar mysteries — why the sun’s outer atmosphere, or corona, is so much hotter than the surface, and what accelerates the charged particles of the solar wind to such tremendous speeds.